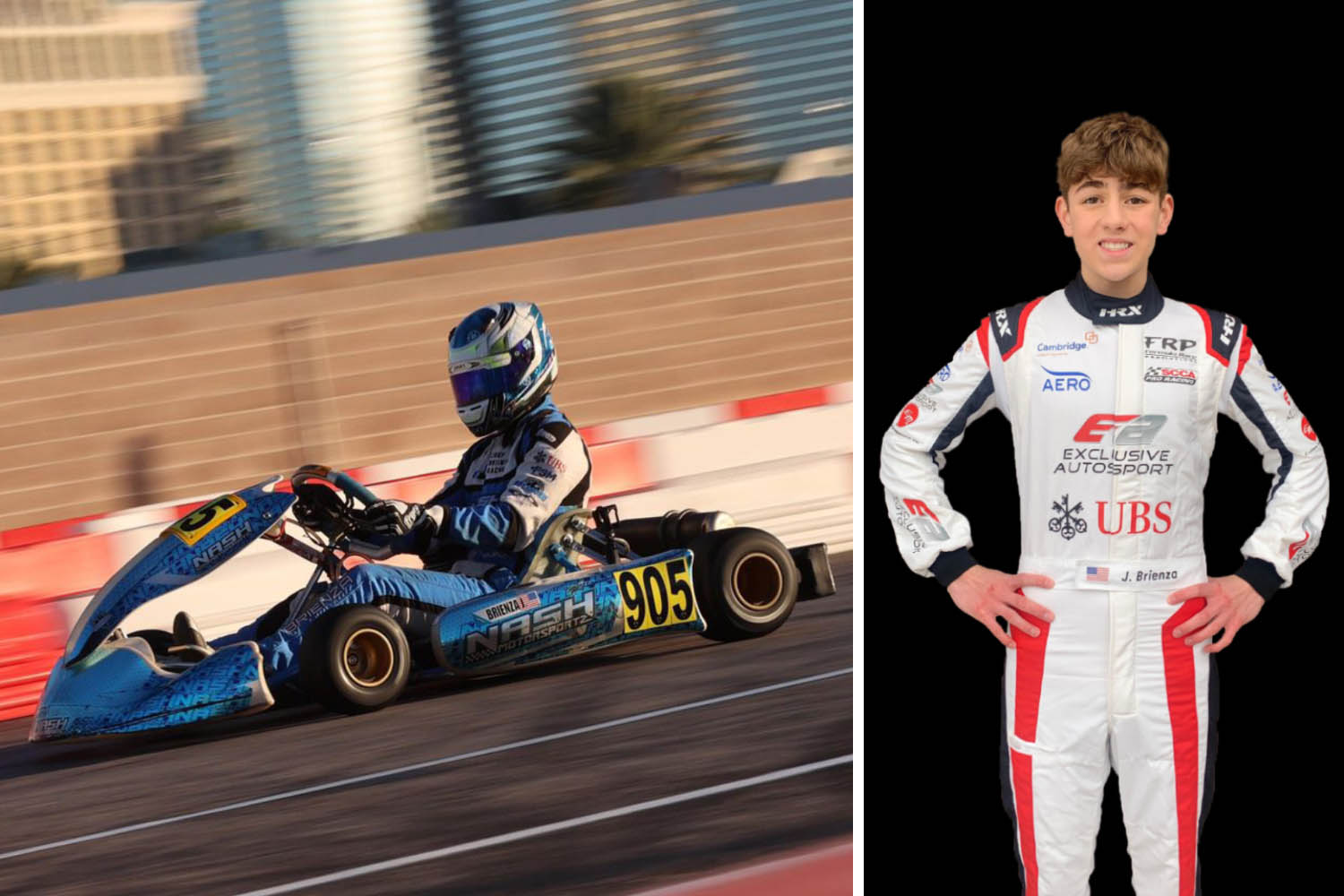 SASKATOON, SK – Exclusive Autosport is happy to announce that 16-year-old American driver Joey Brienza II will be joining the EA team for the 2021 Formula Race Promotions F1600 Championship Series season. The Colorado resident will pilot the team’s trademark red and white #91 Spectrum F1600 in an eight-event schedule that spans the eastern half of the United States. Brienza is graduating to open wheel formula cars from an intensive effort in national level karting, in which he collected multiple wins and podium finishes over the years. Moving to F1600 is the natural progression and will begin Joey’s drive to reach his goal of racing in NTT INDYCAR SERIES.

“I am extremely excited and grateful to begin this new chapter in my racing career,” said Brienza. “It has been a dream of mine to compete in cars since my early days in go-karts and to get that opportunity now is a great feeling. I would like to give a massive thank you to the entire Exclusive Autosport team, and specifically, Michael and Kimberly Duncalfe, and Danick Bernier. Thank you for this opportunity and I look forward to achieving great things together. In addition, I would like to thank my Mom, Dad, brother, and sister for their continual support of me and always pushing me to be better. I would also like to thank God. And I would also like to express a sincere appreciation to Seth Nash, Greg Welch, Chris Giumarra, Chris Wehrheim, and my entire karting family for helping me get to this point in my career. I look forward to the 2021 F1600 campaign with Exclusive Autosport, and now with this said, it is time to get to work.”

Brienza got his start, like most, in karting at the age of ten in 2014, competing locally in the Colorado based racing series, The Rockies Series, where he would grab his first official win in the Mini category. In 2016, Joey made the step to compete nationally while still competing in the Mini category, and in 2017 he made the jump to the Junior ranks, grabbing podiums in the California Pro Kart Challenge while he also competed in the IAME International Finals. In 2018, Brienza raced in Europe where he podiumed at the ADAC Karting Championship (Germany). Joey made his transition to the highly competitive senior ranks in 2019 where he has continued to grab numerous wins and podiums in the Los Angeles Karting Championship, California ROK Championship, ROKFest West, and the Stars and Stripes Championship. In 2020, he was crowned the California ProKart Challenge X30 Senior Champion.

“I am extremely happy to have signed Joey to our F1600 team for the 2021 FRP season,” enthused Michael Duncalfe, Team Principal. “After Covid halting our 2020 F1600 program, I'm glad to get it back up and running. Joey is a superstar karter and running with EA is a natural fit as we have the internal ladder system which will help him reach his ultimate goal of the NTT INDYCAR SERIES. I'm looking forward to watching him learn and grow into the race car driver he'll need to be to achieve his and the team's season goals."

Exclusive Autosport has continued its extensive off-season testing in all levels they are participating in this season and will continue up until Brienza’s FRP F1600 debut at Carolina Motorsports Park on April 1-3. Be sure you are following all our social media outlets for updates throughout the season.

Exclusive Autosport is pleased to be able to partner with great companies, such as Cambridge Global Payments and AERO™ Advanced Paint Technolowhich is used on all their race cars.

Exclusive Autosport (EA) is a professional racing team dedicated to the success of its drivers in open wheel formula car competition in North America. EA operates teams in both the Ontario and Quebec Formula 1600 series in Canada (F1600 Canada/Toyo Tires F1600 Championship), as well as the Cooper Tires USF2000 Championship, and Indy Pro 2000 Championship Presented by Cooper Tires, all part of the Road to Indy. Exclusive Autosport’s drivers have secured numerous championships, race wins, podium finishes and pole positions, as well as Rookie of the Year awards. Exclusive Management Inc., the team’s parent company, has enjoyed great success in both open wheel and sports car racing and has worked with standout drivers. Their mission is to develop drivers and prepare them for the upper echelons of professional motorsports.